This tiny head of a panther, a complete object in itself, is sensitively modelled and has an almost monumental appearance. Its special importance lies in the names of Queen Hatshepsut incised in the solid piece of jasper ⁠– her throne name ‘Maat-ka-Rê’ is written in a cartouche on top of the head, and in a long cartouche around the base is her birth name: ‘Hatshepsut Khenemet-Amun, may she live’. Two similar pieces bearing her name are in the Cairo Museum and in the Metropolitan Museum of Art, New York, while a game board is in the Louvre, Paris. This gaming piece was on view at the Antikenmuseum in Basel from 1998 to 2011. 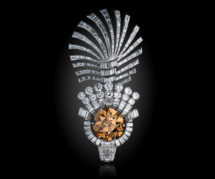 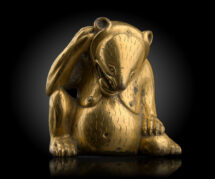