About The Al Thani Collection

The Al Thani Collection contains an exceptional array of artworks spanning the ancient world to the present day. Encyclopaedic in its approach, and representing a diverse range of cultures and civilisations, this extraordinary collection celebrates creativity and the universal power of art through the ages.

Since November 2021, highlights from The Al Thani Collection have been on public exhibition at a dedicated museum space at the Hôtel de la Marine in Paris. These galleries also host a biannual series of themed exhibitions and provide a venue for loans from international museum partners, as well as educational events and seminars. 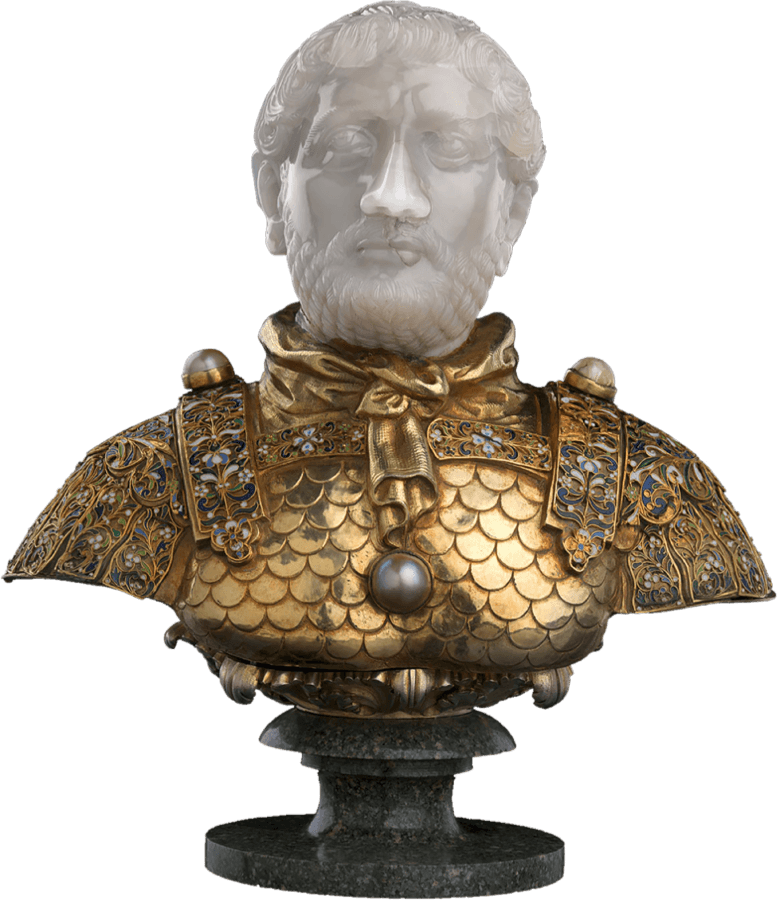 The collection is shared by projects undertaken by The Al Thani Collection Foundation, a non-profit organisation whose core mission is to advance and promote art and culture. This objective is principally delivered through public art initiatives including sponsorships, museum projects, the staging of exhibitions, an international loans programme and academic publications ⁠–⁠ honouring artistic achievement across a rich diversity of cultures. 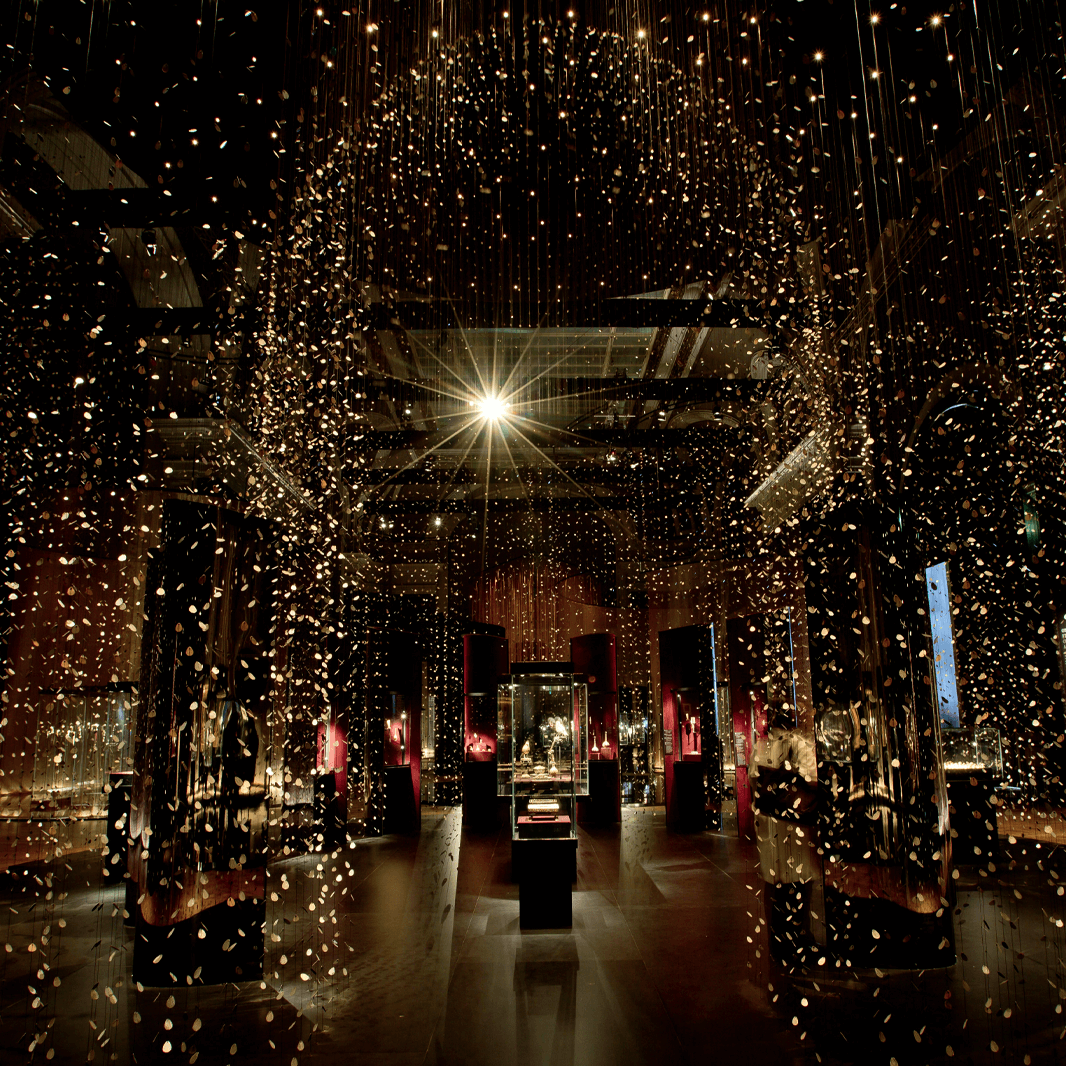 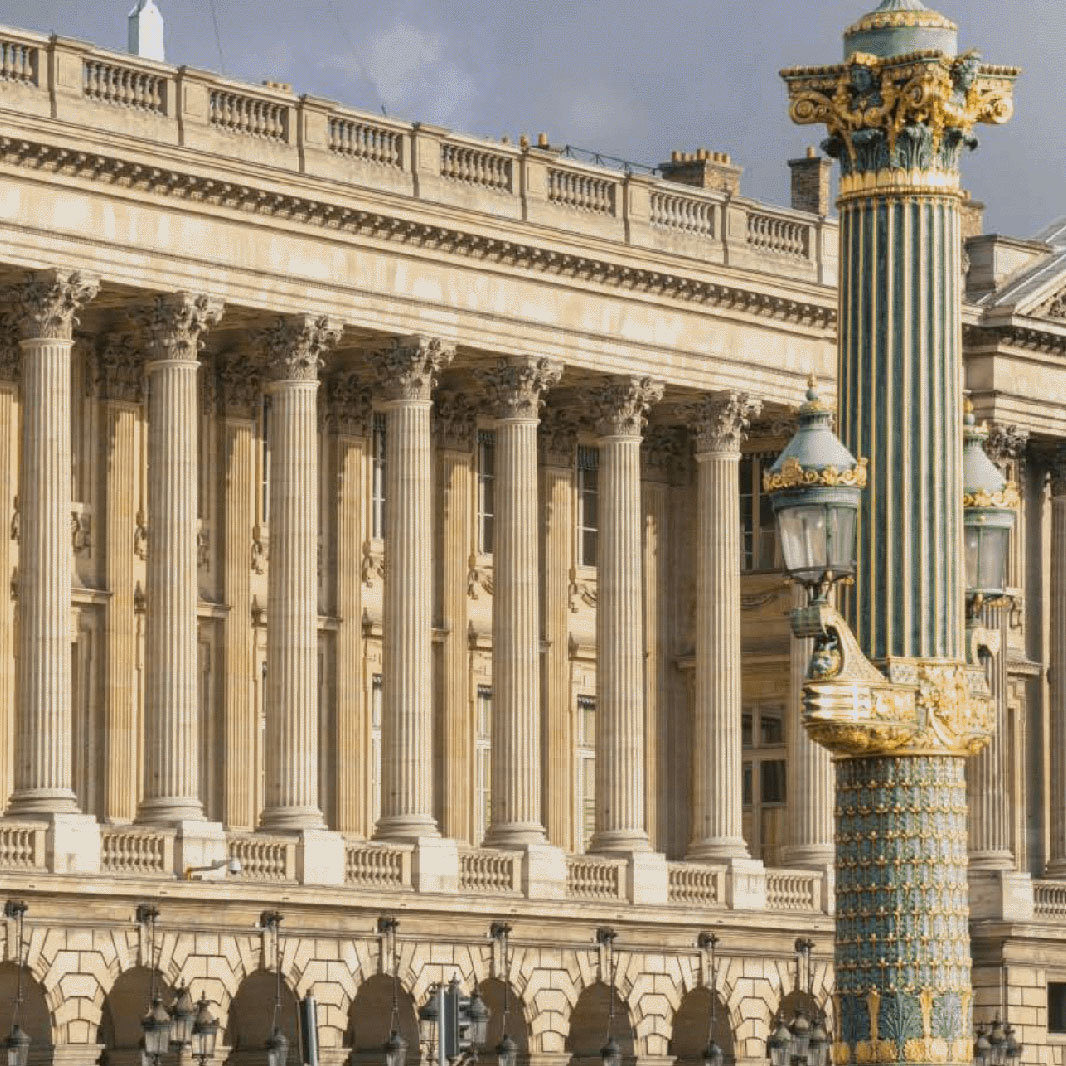 The Al Thani Collection at the Hôtel de la Marine

Since November 2021, as part of a long-term agreement between The Al Thani Collection Foundation and the Centre des monuments nationaux (CMN), highlights from The Al Thani Collection have been on public exhibition at a dedicated museum space at the Hôtel de la Marine. Located on the Place de la Concorde in the heart of Paris, the 400-square-metre space provides for the long-term display of works drawn from across the entire collection. In addition, it hosts a biannual series of themed and focussed exhibitions and provides a venue for loans from international museum partners, as well as educational events and seminars.

The Hôtel de la Marine is one of two palaces commissioned by Louis XV in the 18th century to adorn the royal square. Designed by Ange-Jacques Gabriel, First Architect of the King, it was built between 1757 and 1774 and originally served as the Garde-Meuble de la Couronne, the repository for the French royal collections, before becoming the headquarters of France’s navy ministry for over 200 years. The heritage areas of the Hôtel de la Marine opened to the public in summer 2021 following a major four-year restoration and development programme led by the Centre des monuments nationaux (CMN). The museum space dedicated to showing works of art from The Al Thani Collection opened in November 2021. 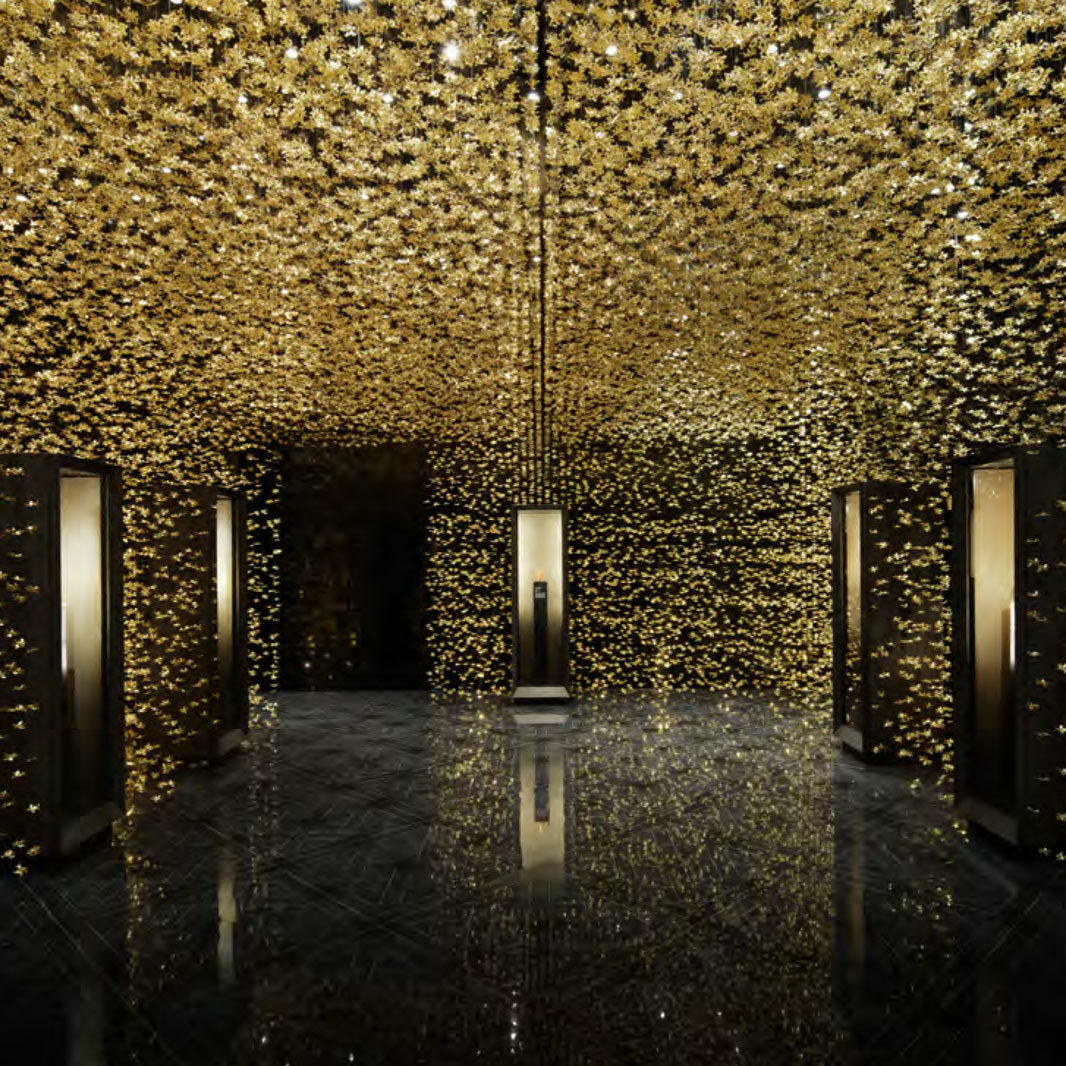 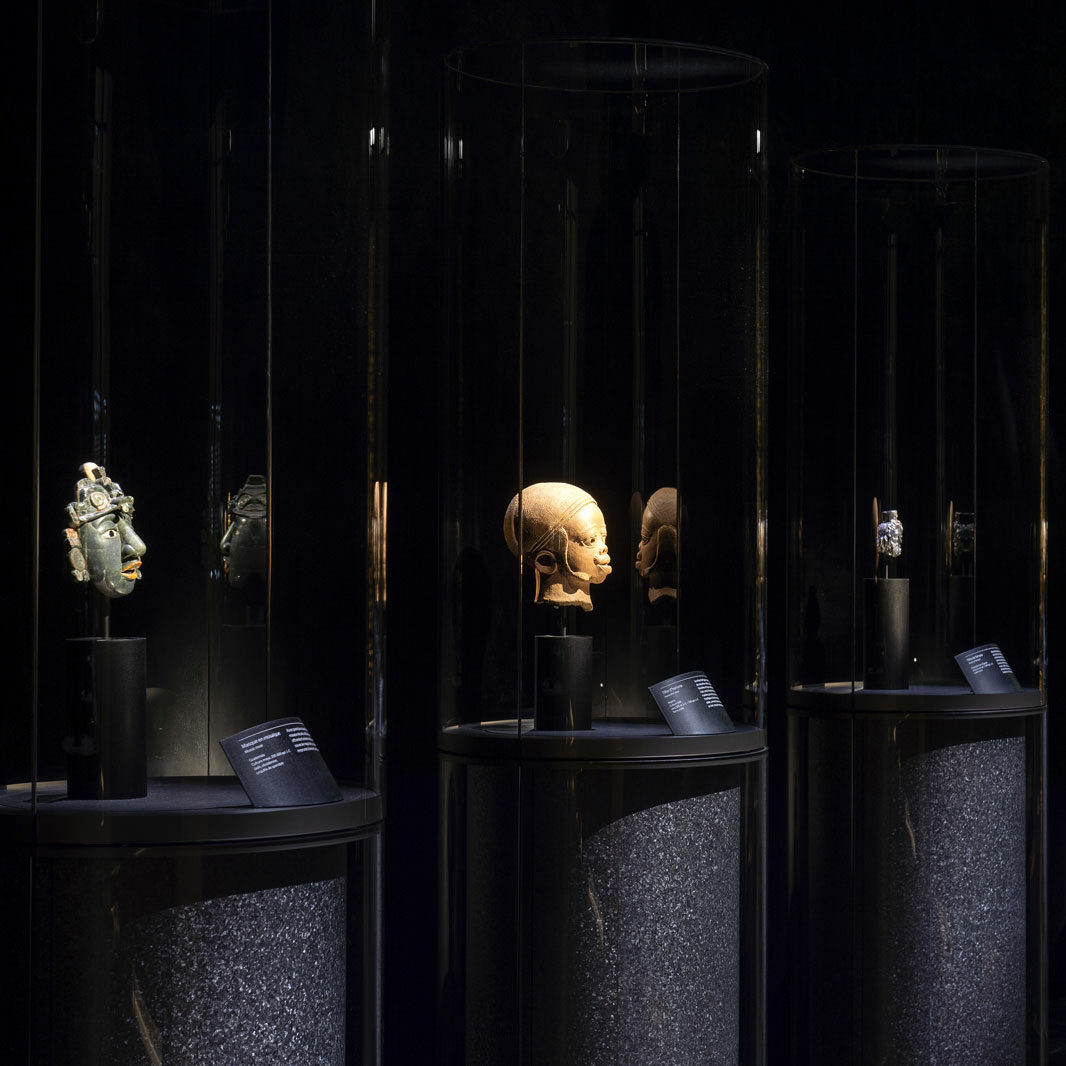 The Al Thani Collection’s museum space at the Hôtel de la Marine echoes the building’s early history when exhibition rooms were created to present treasures from the French royal collections. Under Louis XVI, these could be visited by the wider public one Tuesday per month between April and November; as such, the Garde-Meuble de la Couronne became the first museum to be opened in Paris.

Much consideration was given to the choice of design and scenography for displaying the Collection at the Hôtel de la Marine. Built under high French royal patronage, the monument has richly embellished interiors of the 18th and 19th centuries in a neoclassical taste. The space allocated to The Al Thani Collection consists of four galleries located in what formerly served as storerooms for the Royal tapestries yet, although located on the piano nobile, these rooms had no décor.

An early decision was taken neither to create a pastiche of an Ancien Régime interior, nor to attempt to reconstitute any element of the former public exhibition spaces of the Hôtel du Garde-Meuble designed by Jean-Démosthène Dugourc under the intendant Thierry de Ville-D’Avray. A museum space satisfying today’s standards of conservation and display has very particular requirements where infrastructure is concerned and it was decided that the design of the space should embrace contemporary technology and design, rather than look towards the past.

Recommended to The Al Thani Collection by the artist Hiroshi Sugimoto, the innovative architect Tsuyoshi Tane and his team at Atelier Tsuyoshi Tane Architects were appointed to develop a concept for the space, with the brief that the setting be a minimal one in which the objects would be allowed to speak for themselves, rather than one in which they might be overwhelmed by rich décor. Based on their manifesto “Archaeology of the Future,” ATTA's concept brought together the history of France in the 18th century and artistic creations of the ancients, superimposing them in a 21st century setting that transcends time, creating a seamless “dialogue across time and space”.

In the first gallery, more than 3,000 ornaments create an immersive universe while the entire floor of the museum space is designed in the Versailles pattern, invented in the 17th century when the wooden floors of the Palace of Versailles could not withstand the weight of the stone laid down upon it. Using contemporary techniques, this allowed ATTA to install natural stone over the building’s existing wooden structure. The gallery walls are made with a traditional stucco crétail-finish, and each space has a gradual monotone lightness to highlight the works of art on display. All the display cases have been made to a bespoke design and produced to the highest quality by Goppion, and the crystallization of pure titanium is in harmony with the natural stone crystals.