An important 16th century hat badge from The Al Thani Collection on loan at Holbein: Capturing Character in the Renaissance at the Morgan Library & Museum

An important circular gold hat badge or 'enseigne' from The Al Thani Collection is on loan at the exhibition Holbein: Capturing Character in the Renaissance (until 15 May 2022) at the Morgan Library & Museum in New York. The exhibition follows on from a successful showing at The J. Paul Getty Museum (19 October 2021 to 9 January 2022).

This is the first exhibition in the United States dedicated to Hans Holbein the Younger (1497/98–1543), one of the most skilled, versatile, and inventive artists of the early 16th century. Spanning his entire career, from his early years in Basel through his time as a court painter to the English King Henry VIII (1491–1547), the exhibition presents portraits enriched by inscriptions and evocative objects, displaying richly detailed visual statements of personal identity. The pictures in the exhibition are complemented by a display of intricate period jewellery and book bindings which offer insights into the cultural interests of the time.

The ‘enseigne' on loan from The Al Thani Collection depicts the binding of Isaac and was made in Paris circa 1550. Crafted with enamel, gold, diamond and ruby, and measuring 7cm in diameter, it is one of the finest surviving examples of its kind and is closely related to The Waddesdon hat badge, now in the British Museum. This type of jewel was widely worn by the men of Renaissance courts; their popularity is said to have been inspired by the French King Charles VIII who wore a circular jewel in his cap when he rode into Naples in 1495. The fashion was subsequently adopted by the Italians and spread to most of the European courts. It was a relatively short-lived taste fashion, lasting only until the late-16th / early-17th century at which point it became more popular to wear an aigrette, an ornament usually adorned with feathers.

More details of the exhibition can be found here. 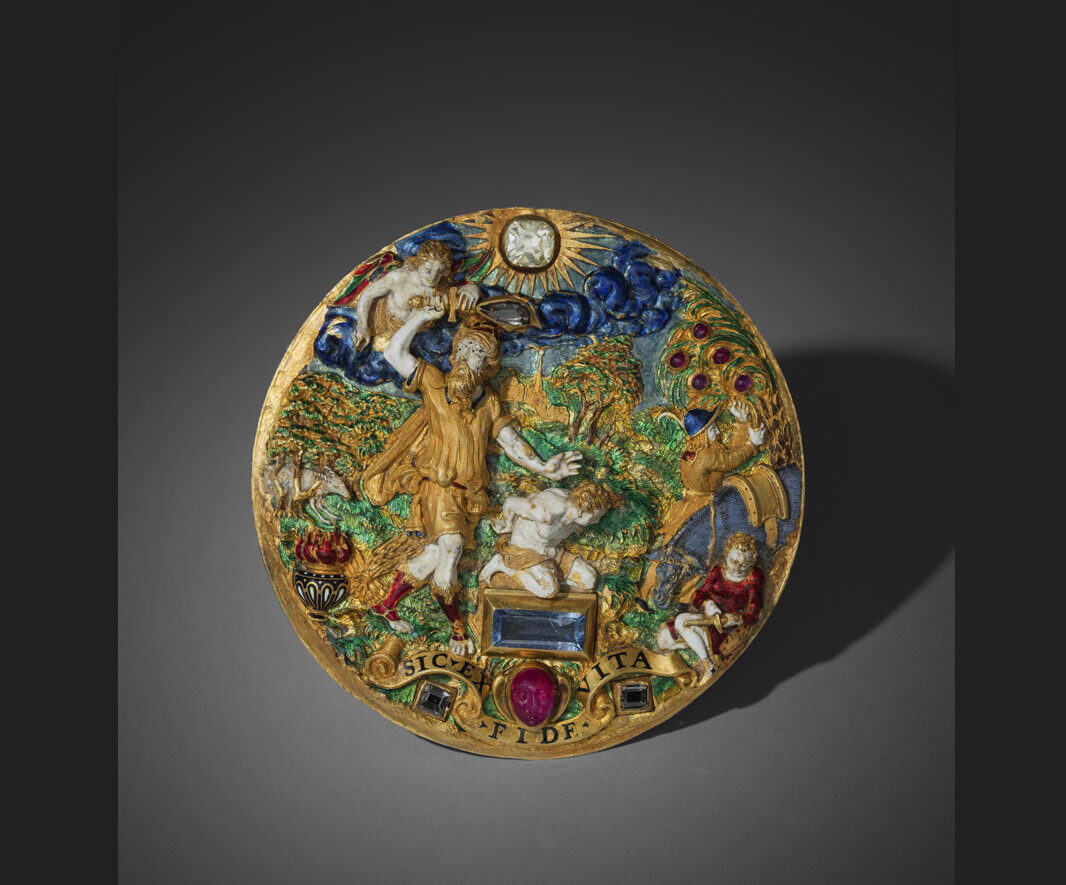 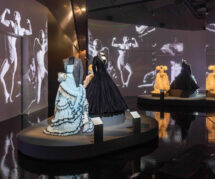 Portrait of the Maharaja of Indore on loan at Fashioning Masculinities: The Art of Menswear at the V&A, London 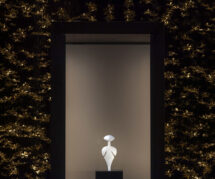