This Graeco-Roman fragment of a cameo-cut cup, originally approximately 6.5 cm high and 10 cm in diameter, was created circa 100 BC – AD 100 and preserves an image of Eros riding a panther - the Dionysian animal par excellence. In later representations, Eros riding panthers and other animals are often associated with the Seasons, but in earlier works they appear in more strictly Dionysiac contexts— appropriate on a luxurious drinking vessel such as this one. 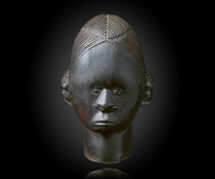 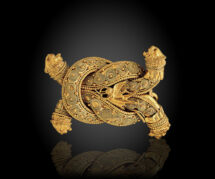