Head of a Royal Figure

This head of a royal figure was carved from a piece of red jasper in the middle of the 18th Dynasty, a high point of ancient Egyptian civilisation. It is believed to have previously borne a blue crown, probably of faience, and to depict either Queen Hatshepsut or King Thutmosis III. As a composite figure from the pre-Amarna period, together with its perfect state of preservation and outstanding artistic quality, it holds a privileged place among the sculptures of the New Kingdom. 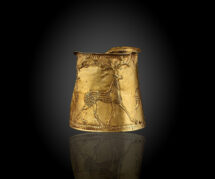 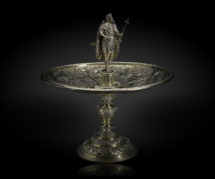