The company that created this vase was founded in 1845 by Charles Christofle (1805–1863), silversmith to Napoleon III. It is one of three known vases made to a model first shown at the Vienna Weltausstellung (World’s Fair) in 1873 and was bought by the civil engineer George Janin, probably in Paris in 1878. He later emigrated to Canada and designed the sewerage system in Montreal. Two other versions of the vase are known, one in the Nelson Atkins Museum of Art, Kansas City, and the other in the Musée des Arts Décoratifs, Paris. The original drawing for the enamelled plaques, dated ‘Mai 1872’, as well as a period photograph of an example fitted as an oil lamp, is in the collection of the Musée Bouilhet-Christofle. With its mix of international design influences including the Japanese-inspired enamel plaques and its use of the new industrial technique of electroforming, the vase was the very model of modernity.

The vase can be seen in Room 67, The Whiteley Silver Galleries, at the V&A, South Kensington, London, and has been earmarked for inclusion in the museum’s planned 19th-Century International Galleries. More details of its history can be found here. 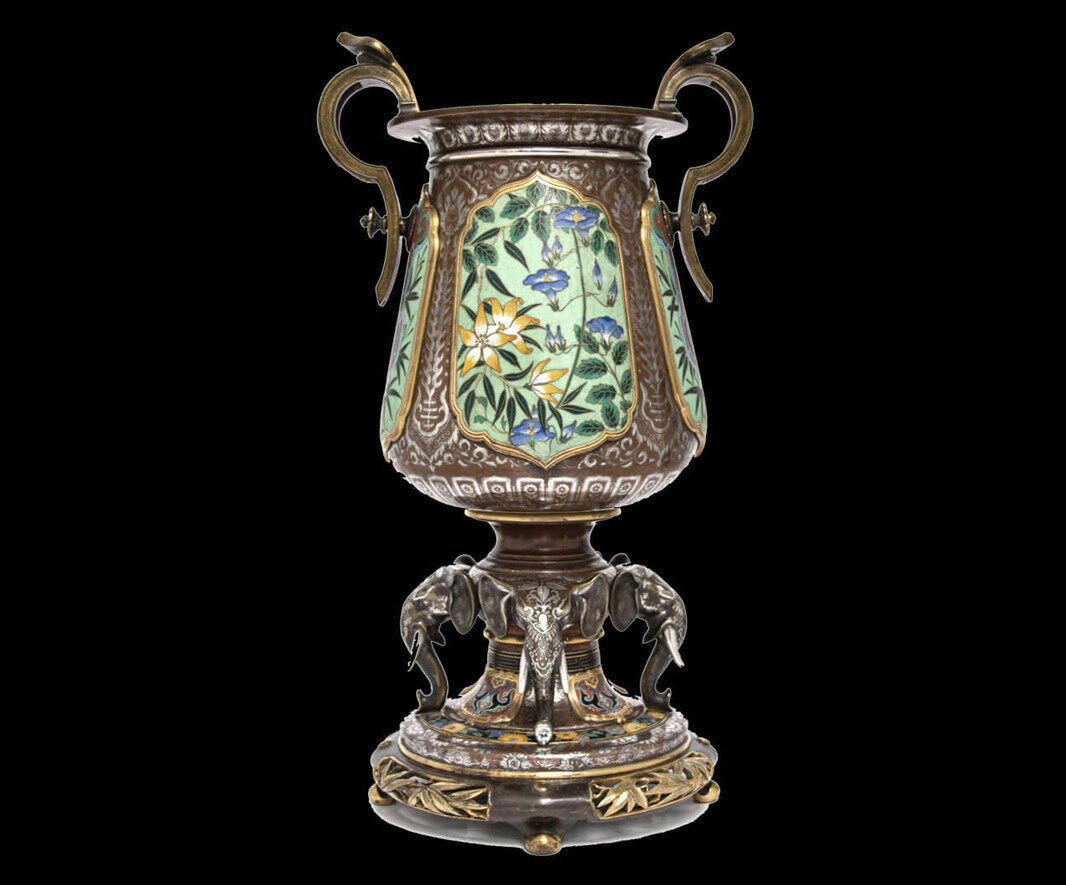 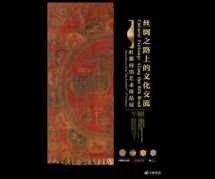 Modern Maharaja: An Indian Prince of the 1930s at the Musée des Arts decoratifs, Paris 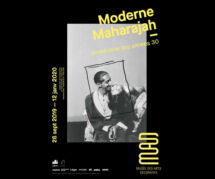